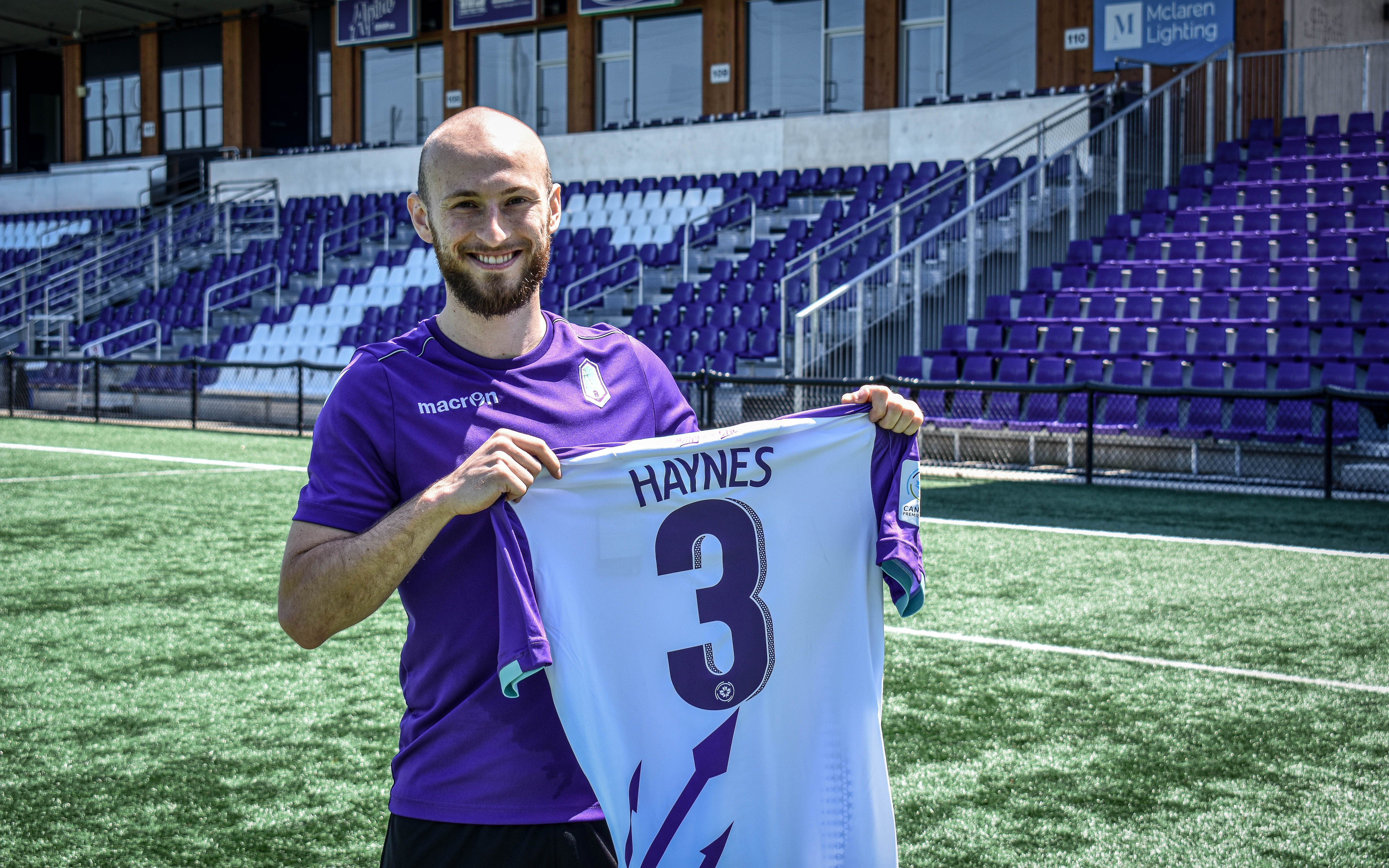 Victoria, BC (Wednesday, July 15, 2020) – Pacific Football Club strengthened their backline today with the addition of Jordan Haynes. Peterborough-born Haynes has been training with Pacific as a trialist since the spring and brings experience from playing with Canada’s national youth teams.

“Jordan deserves this contract for the work he has put in and the attitude he has shown towards the club,” said Pa-Modou Kah, head coach, Pacific Football Club. “He is driven and I’m looking forward to see how he continues to develop to support the club and grow as an individual.”

Haynes, 24, got his start playing with Ontario-based youth clubs and later joined the Vancouver Whitecaps FC Residency program from 2011 – 2014. The 5 feet 10 inch defender was a member of the Canadian under-17 squad that competed at the 2013 FIFA U-17 World Cup as well as the Canadian under-20 team that competed at the 2015 CONCACAF U-20 Championship.

“Jordan’s experience in university and in the professional environment make him a great addition to our backline,” said Rob Friend, CEO, Pacific Football Club.

Haynes attended University of British Columbia where he excelled at left back leading the team with seven assists. He went on to play in the USL League Two for the Calgary Foothills. He joins fellow Pacific defenders Kadin Chung, Thomas Meilleur-Giguère, Lukas MacNaughton, Abdou Samake, and Marcel de Jong bringing the roster total to 18 players.

The club resumed training in early June and later that month the Canadian Premier League announced its hope to have a 2020 CPL season.