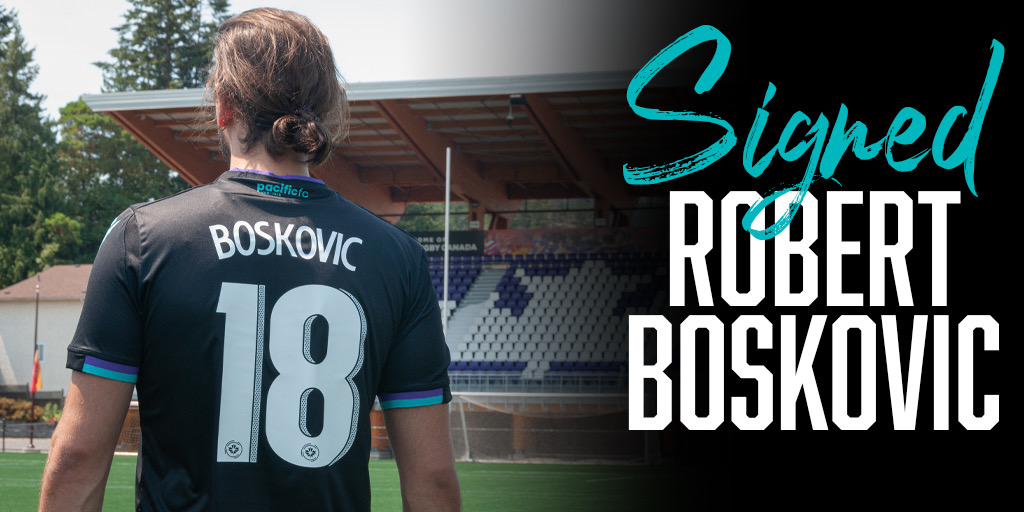 Pacific FC, currently in first place in the Canadian Premier League, has added defender Robert Boskovic to their line-up as they head east on a two-match road trip. At six-foot-three inches, Mississauga-born Boskovic will add a large presence to Pacific’s backline.

“Boskovic is a young player with great untapped potential,” said Pa-Modou Kah, Head Coach, Pacific FC. “He is technically and tactically good and we welcome him to PFC family.”

As a youth, Boskovic now 23, played for the Toronto FC Academy. He went on to play collegiately for the Ryerson Rams where in 2016 he won the Lou Bilek Award as U Sports Rookie of the Year. Boskovic debuted in the USL in 2015 with Toronto FC II and spent three seasons with the club. He later went out on loan first to Ottawa Fury FC in 2019 and then to Cavalry FC in 2020. He made his Canadian Premier League debut at the Island Games with Cavalry FC on August 16, 2020, against Valour FC.

Pacific FC began playing at home on July 30 and remains in the top spot in the CPL with 11 points. The squad recently defeated Cavalry FC and Valour FC and ended in a draw with FC Edmonton. Pacific FC will play Cavalry FC on Wednesday, August 11 and then move on to Winnipeg on August 16 where they will face Valour FC.