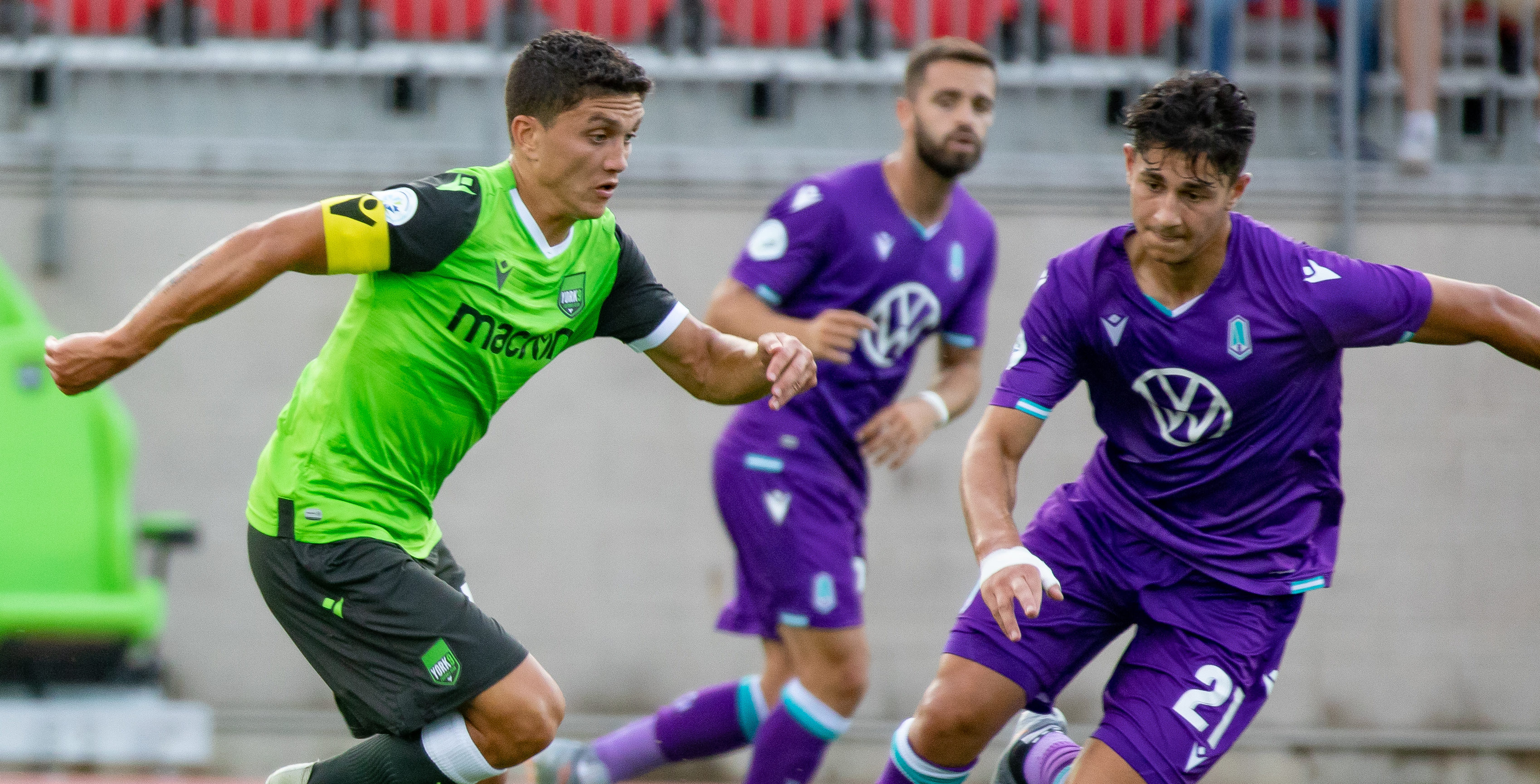 Victoria, BC (Friday, November 6, 2020) – Pacific Football Club has signed Canadian Premier League standout Manuel (Manny) Aparicio to the club for the 2021 season. The former York9 FC captain was a fan favourite in the York Region, serving as team captain in the CPL’s inaugural game in 2019 and scoring two goals at this year’s Island Games in Prince Edward Island.

“Manny is an ambitious player and a leader on and off the field,” said Pa-Modou Kah, Head Coach, Pacific FC. “He is an excellent addition to our squad and family and I am looking forward to working with him next year.”

Aparicio, 25, was born in Buenos Aires, Argentina but raised in Toronto. He joined the Toronto FC academy in 2010 as a young player and went on to sign with the MLS team in 2013. After being released from the club in 2015, he spent time in Spain with SD Ordenes, CD Izarra and CD San Roque de Lepe in the Spanish third and fourth divisions.

“Manny has been one of the most exciting and sought-after players in the league,” said Rob Friend, CEO, Pacific FC. “We are very fortunate to have secured him for the next couple of years.”

When the Canadian Premier League launched in 2019, Aparicio was signed to York9 and became the team’s first captain. Pacific FC players are familiar with the play of Aparicio, having scored a long-range goal against Pacific FC in the 2019 season that made ESPN SportsCenter’s Top 10. Aparicio is also known for his set-piece ability, scoring 2 freekicks at the Island Games.

Aparicio has represented Canada at the youth level including in the Pan Am Games in 2015 and on the U23 national team in friendlies against Guyana and Grenada.

Aparicio made his debut with the senior men’s team in 2014 against Colombia, replacing former Pacific FC player Issey Nakajima-Farran late in the match.