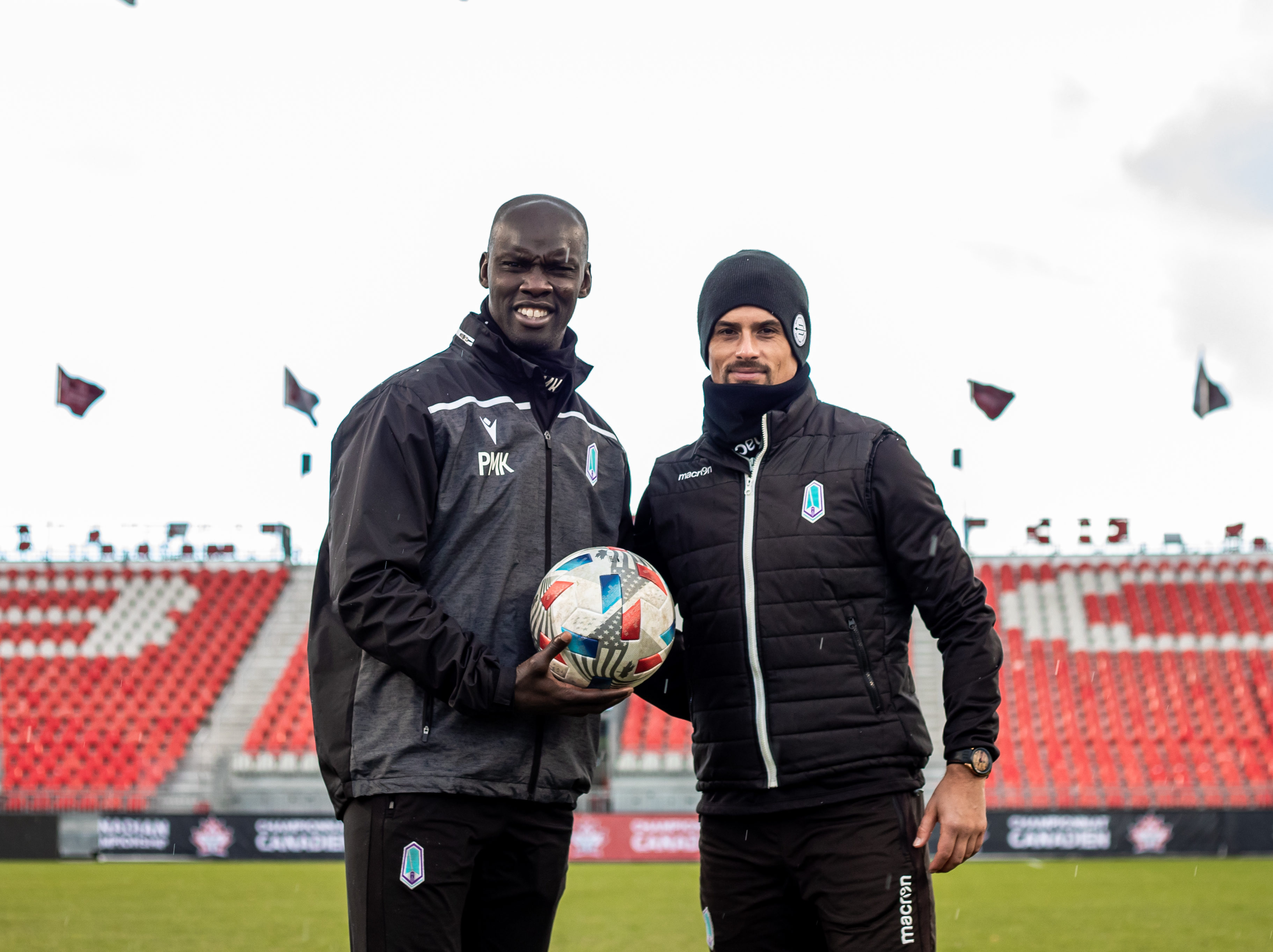 Pacific FC has announced James Merriman as the club’s next head coach as Pa-Modou Kah departs the club to join the FC Dallas organization. 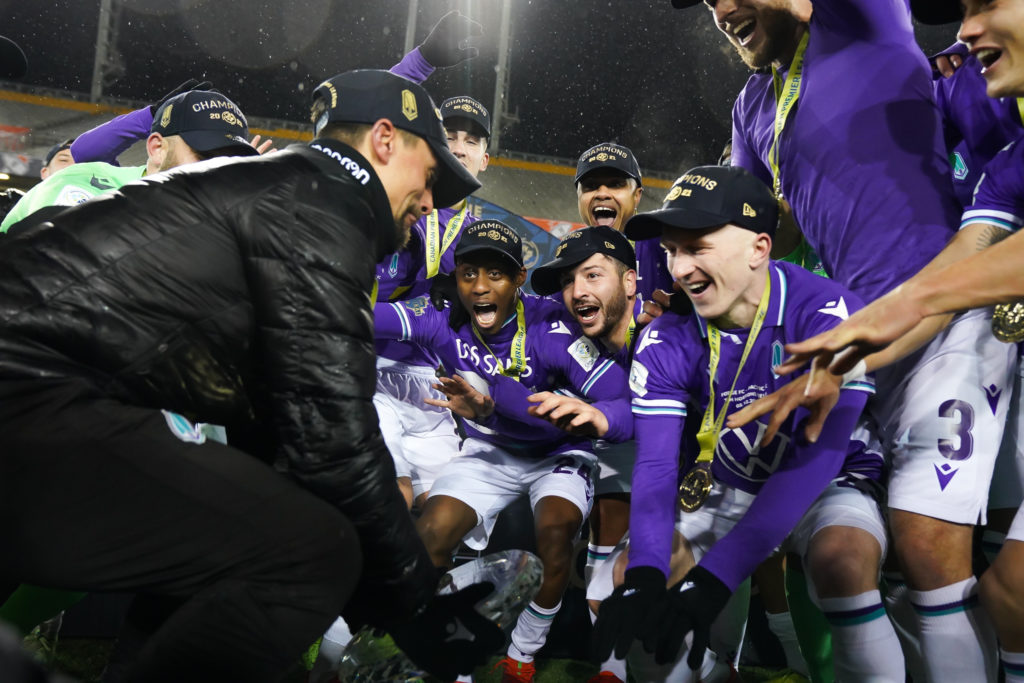 Merriman, who is Vancouver Island born and raised, has been on the Pacific FC coaching staff since the club’s inception. In addition to his previous duties as associate head coach, he also served as the technical director for the Van Isle Wave program & Trident Development.

“James has been with this organization since day one,” says Pacific FC CEO Rob Friend.

“He’s been instrumental in building the ‘trust the kids’ squad and that core that brought us a championship. He really helped build the DNA of the club.”

“Off the field, what he brings as an Islander and what the community and this club means to him, it’s so important to what we’re doing as an organization – developing not only players but also local coaches like James Merriman. I think it’s a very special time and we’re very proud to have James take on the head coaching role. He’s absolutely ready and I think it means everything to the club to bring him up.”

Merriman says he’s excited to get started and never would’ve imagined this dream would come true when he was coming up in the Island soccer community.

“I’m excited to build off what we did last year and what we built over the last three years, and take it into the next season,” says Merriman, “I definitely didn’t think I’d ever have the chance to coach a professional team on Vancouver Island but that’s what the Canadian Premier League is doing, creating opportunities like this. It’s obviously very special to be able to live my dream of being a head coach for a professional team, especially on Vancouver Island. I’m very grateful for the opportunity.”

Merriman’s technical and tactical direction helped guide the club during the 2021 Canadian Premier League season, which culminated in a CPL final victory over Forge FC in Hamilton. Pacific supporters will also be pleased to know that the former Vancouver Island University coach carries a 100% winning record as a two-time stand-in head coach for Pacific.

The club’s roots are built on the connection to the Island and the local community, and no one embodies that more than the Nanaimo-born Merriman who has been the common denominator within Pacific FC through the two previous head coaches. Merriman grew up in the Island soccer scene and has already been a huge part of the club’s growth and outreach in the community.

“It’s always been about establishing ourselves here for the entire Island and for our fans. I think we’ve started to build a really great connection and I want to continue that. As a team we want to continue to build on those relationships, and for me, it’s amazing to get to see friends and family in the stands supporting the club every step of the way. We want to let the fans know that we are here for the Island and this is what the club stands for.”

Kah arrived at Pacific from MLS side FC Cincinnati in January 2020. His trademark leadership style and tactical know-how provided the platform for a remarkable third season for the Island’s club.

“I’m very proud of what we accomplished this season with the championship,” says Kah, “we went through a lot as a team so I want to thank the players, the staff and the ownership. In my two years here we accomplished a lot so I will always remember my time here well.”

After a gruelling 2021 season that also included the historic victory over BC rivals Vancouver Whitecaps FC as part of an exceptional run to the semi final in the Canadian Championship, Pacific FC lifted the North Star Shield in Hamilton and celebrated as 2021 CPL champions.

“We all know that what Pa has done over the last two years has been nothing but phenomenal and we thank him for the passion and the commitment he’s brought to this organization,” says Friend, “obviously he brought us the championship last year and I think we knew as an organization that Pa wasn’t going to be around for long.”

“He’s arguably one of the top coaches in North America and we didn’t want to stand in his way. We wanted to provide the opportunity for Pa to join a big organization like FC Dallas who just recently sold a player for $20 million. I think he’s excited about that opportunity to grow as a coach and an individual. We want to provide that opportunity, not only to our players but our staff.”

“It’s a win-win for all and the club’s happy with the deal that we’ve put in place with FC Dallas. We can’t thank Pa enough for what he’s done for this club and the commitment and passion that he’s brought. We’re excited to see his journey as well.”

Kah says he has no doubts Merriman will be a great coach, and has one final message for the supporters.

Friend says Merriman has learned a lot from his three years as an assistant/associate coach at the club and that the new head coach knows how important the relationship between Pacific FC and the community is.

“James is a true modern football coach. He’s a modern thinker, he understands the depths of the game, he understands the players, and is passionate about developing young Canadian players which is obviously very important for this organization. He’s passionate about the community and he’s got experience from the youth to the professional level. He’s been here for three years as an assistant with this club, he understands what the club means to the community and vice-versa. He’s got all the qualities to be a top-class coach and we’re excited to see him get to work.”

Merriman has a clear definition of his Pacific FC team’s outlook and what fans can expect next season.

“We want to develop players and help players move towards their full potential. In terms of the type of team we’ll be – we’ll be attacking, we want to be on the ball, we want to play with high intensity without the ball, and we want to be young, dynamic and exciting because we built this team that plays for the fans.”