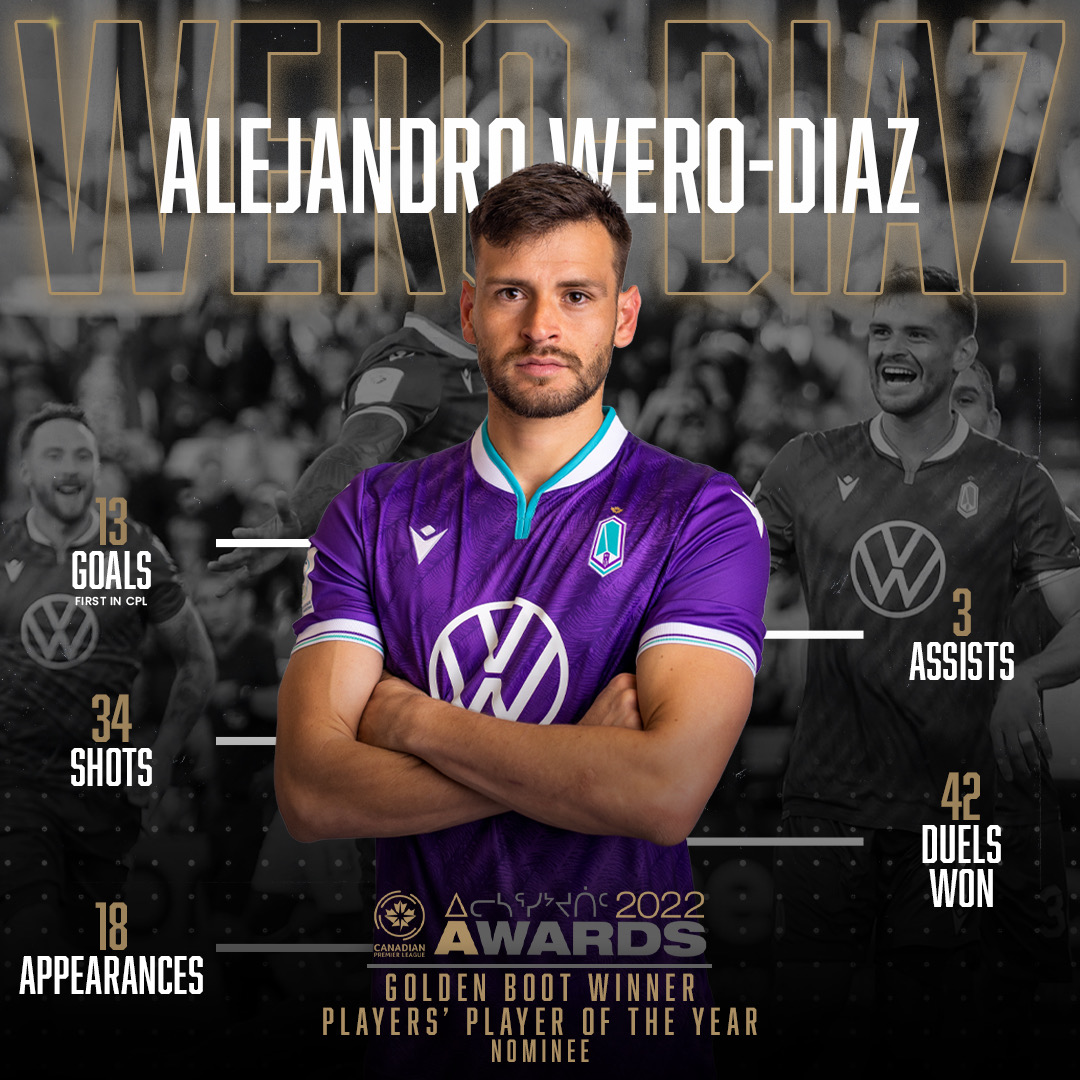 Pacific FC’s Alejandro Diaz has been nominated for the Canadian Premier League’s Player’s Player of the Year award. Diaz has also already secured the league’s Golden Boot award as the season’s top goalscorer.

Diaz, who was sold to Norwegian side Sogndal IL in August, made 18 CPL appearances for Pacific FC in 2022, plus two more in the CONCACAF League and one in the Canadian Championship. The Mexican striker finished his Pacific FC career with 63 appearances over two-and-a-half seasons on the Island.

Prior to his departure, Diaz scored 16 goals in all competitions this season – 13 of which came in the Canadian Premier League. Those 13 goals won Diaz the Golden Boot by one goal over York United FC’s Osaze De Rosario and Forge FC’s Woobens Pacius. The 26-year-old finished in a tie for the second-highest single season total in CPL history, despite making just 18 appearances. With a goals per game ratio of 0.72, Diaz was on pace to score 20 goals (six more than the current record) if he played every match in the 28-game season.

On July 22nd, Diaz became Pacific FC’s all-time top scorer when he scored his 26th goal in all competitions. “El Wero” finished his Pacific FC career with 31 goals in all competitions and 26 goals in the Canadian Premier League, the second most in the competition’s history. Diaz also finished the 2022 season with three assists in CPL action and was often shifted into midfield due to his creative abilities. He currently sits 10th all-time in career assists in the Canadian Premier League with nine. 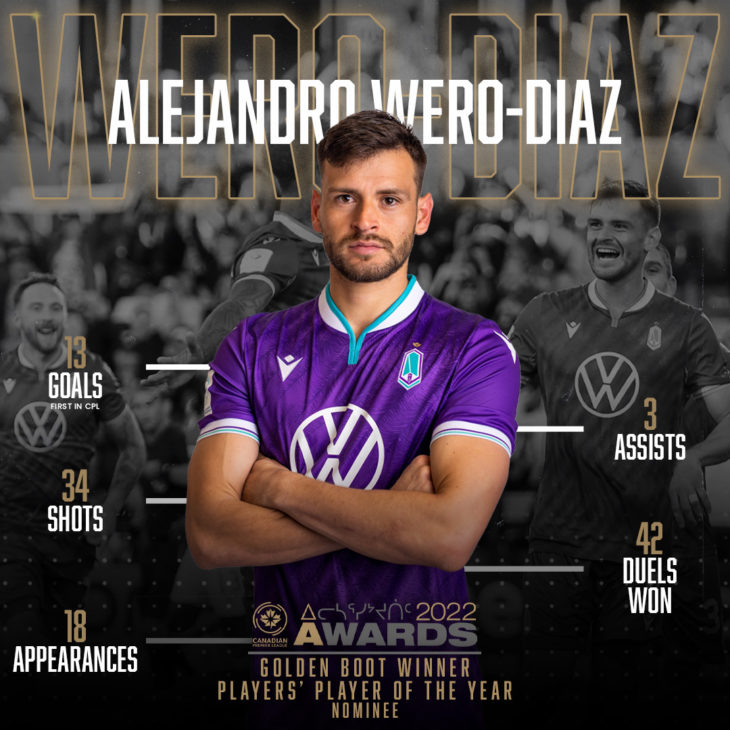