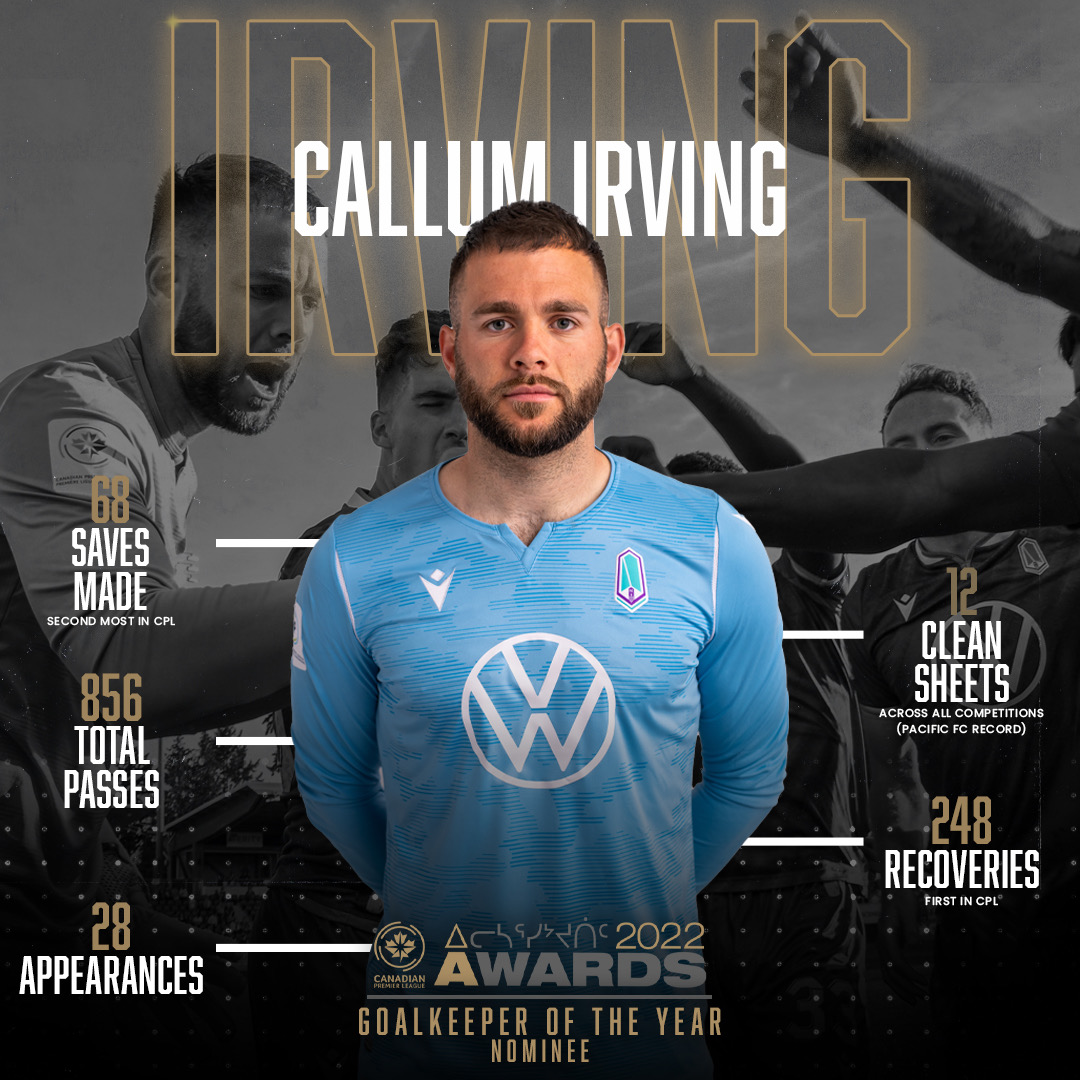 Pacific FC’s Callum Irving has been nominated for the Canadian Premier League’s Golden Glove award for the Goalkeeper of the Year.

Irving, in his third season on the Island, made 33 appearances in all competitions for the Tridents. 28 of those appearances came in the Canadian Premier League totalling 2,340 minutes, both of which ranked second in the league among goalkeepers. Irving’s ever-present status this season helped push him into a tie for the most career appearances for Pacific FC with 69.

The 29-year-old cemented or set multiple other Pacific FC single-season and all-time records this season. Irving’s 12 clean sheets in all competitions (nine in the CPL) set the club’s single season mark, and his 22 career clean sheets are also a franchise record.

In 2022, Irving ranked near the top in most goalkeeping categories among his Canadian Premier League peers. The Vancouver-born shot-stopper finished with the second-most saves (68), made the most recoveries (248), completed the most passes (856), and tied for the most punches (12) among all goalkeepers in the CPL. Irving also kept at least one clean sheet against all seven of Pacific FC’s CPL opponents.

Also shortlisted for the award were Cavalry FC’s Marco Carducci and Atlético Ottawa’s Nathan Ingham. The winner of the Golden Glove award will be revealed alongside the other award winners at the in-person ceremony during CPL’s 2022 Finals Weekend. 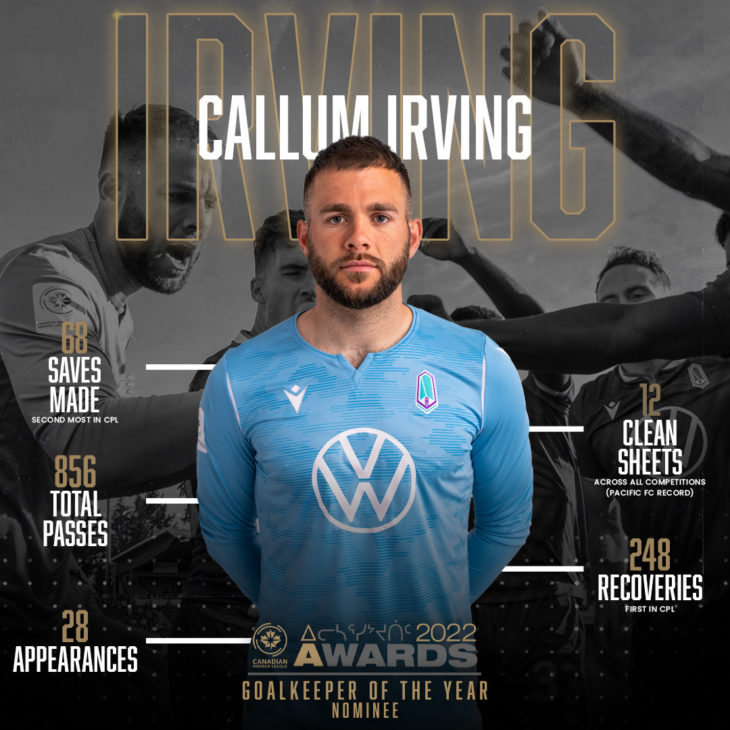