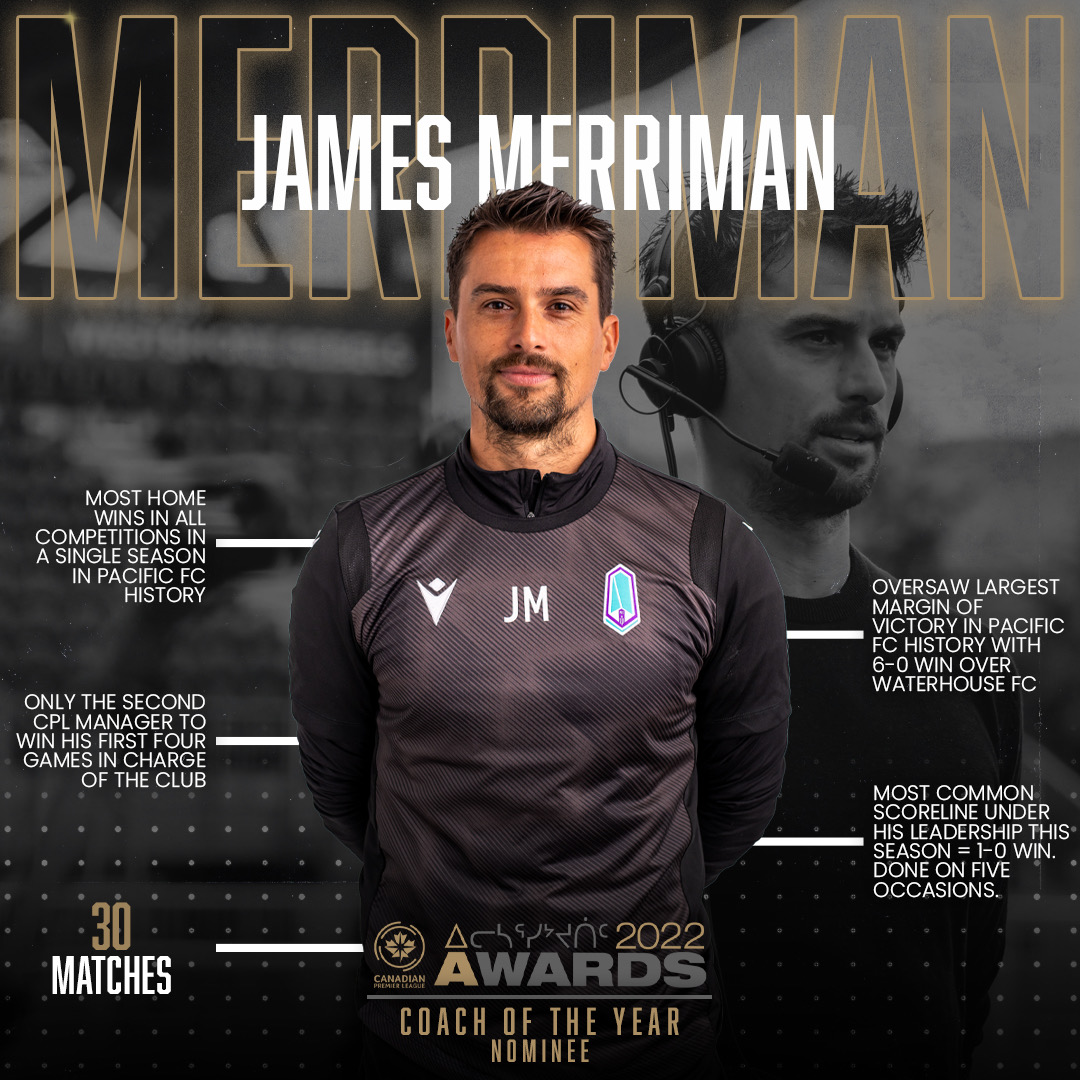 Pacific FC’s James Merriman has been nominated for the Canadian Premier League’s Coach of the Year award.

Merriman took over the head coach position in the offseason after spending the last two seasons as the lead assistant coach. In his first season as Pacific FC head coach, Merriman led the Tridents from the sideline for all 30 Canadian Premier League matches, as well as four more in the CONCACAF League and one in the Canadian Championship. Merriman finished the season with a 46% winning percentage from 30 matches in the Canadian Premier League.

The Nanaimo-native set a club record for home wins in a single season (12) and oversaw the largest margin of victory in club history with the 6-0 home win over Waterhouse FC in the CONCACAF League. Additionally, Merriman became just the second CPL manager to win his first four games in charge of the club – the first three matches of this season as well as the final match of the 2019 CPL season as caretaker manager. Another marker of the great season Pacific FC had under Merriman came from the fact that the most common scoreline under his leadership was a 1-0 victory, which was done on five occasions.

The job on Merriman’s hands was also a challenging and unique one. The 37-year-old assumed the role of Pacific FC head coach after the Tridents’ Canadian Premier League championship last season and was charged with defending that title. Merriman ultimately led Pacific back to the playoffs and through a gruelling season of CPL and CONCACAF League action thanks to his excellent man-managing skills, top-class tactical acumen, plus the support of a fantastic group of assistants, analysts and trainers.

Also shortlisted for the award were Atlético Ottawa’s Carlos González and Forge FC’s Bobby Smyrniotis. The winner of the Coach of the Year award will be revealed alongside the other award winners at the in-person ceremony during CPL’s 2022 Finals Weekend. 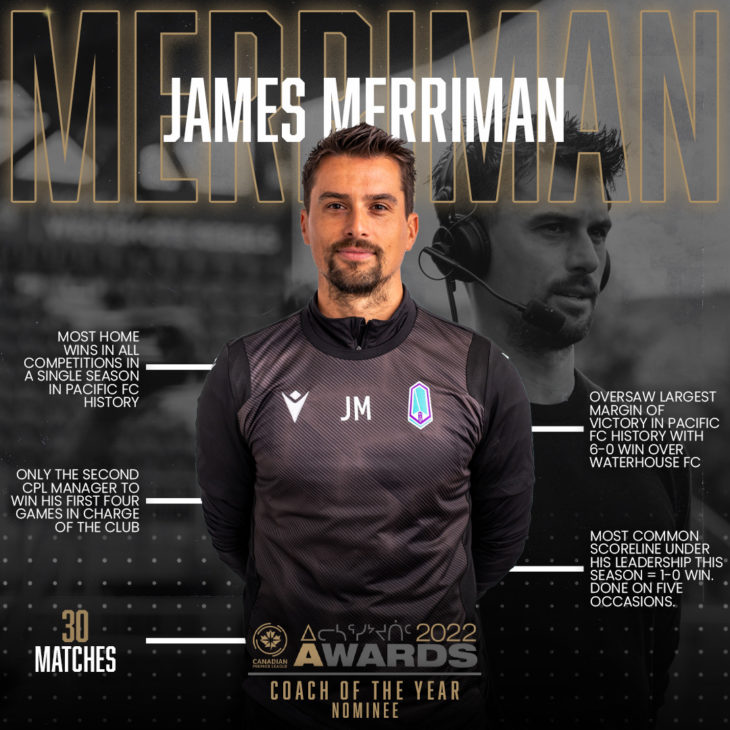