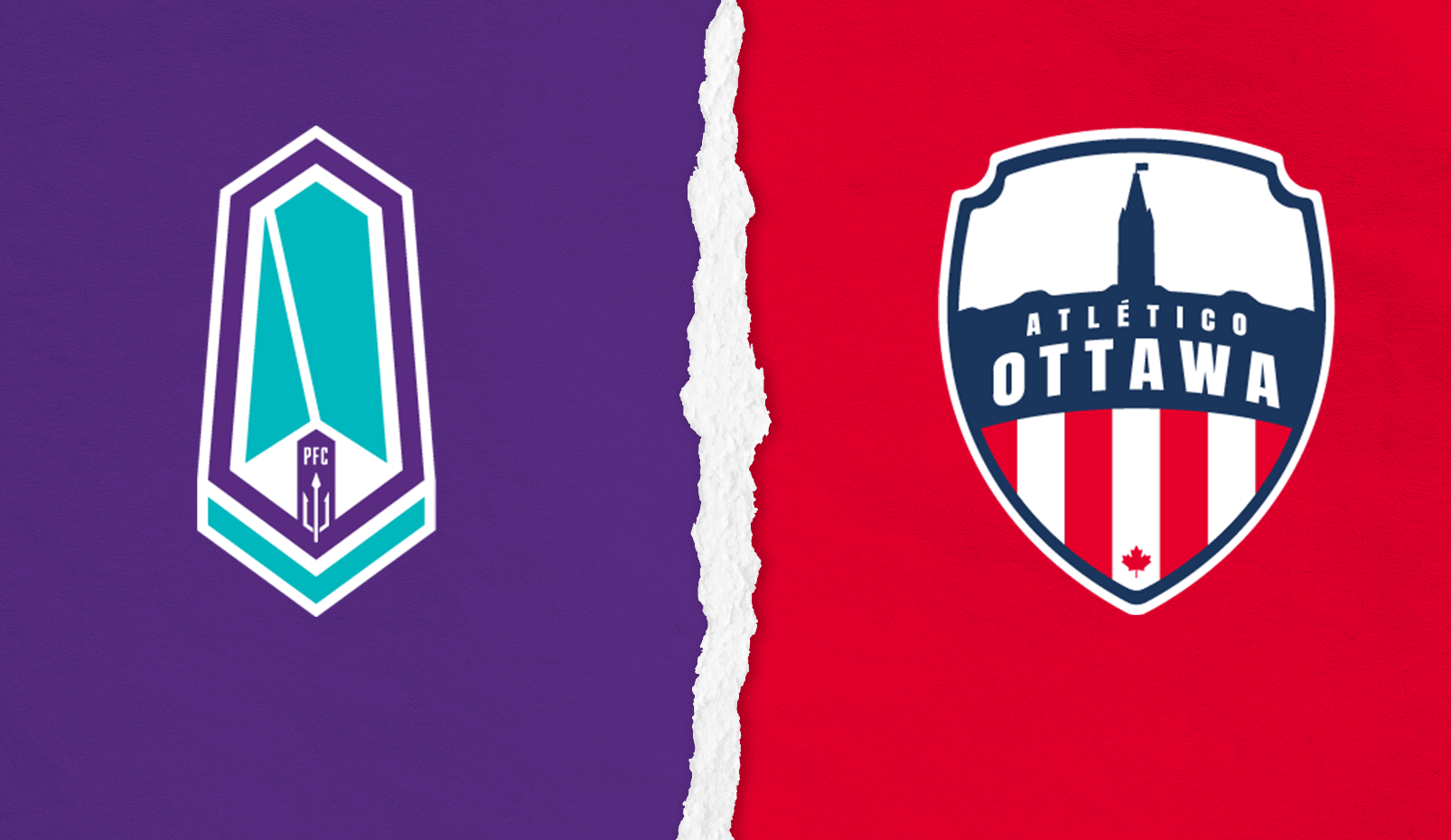 For the first time this year, the defending champions, Pacific FC, find themselves outside of the league’s top four. Since winning three straight to start the season, and despite a few dips in form, the Tridents have lived above the line all season.

A 3-1 loss to York United at Starlight Stadium last weekend, coupled with a third straight victory for resurgent Valour FC, and Pacific now sit in fifth place. They are just one point out of the playoff spots, and do have a game in hand on all but one of the teams above them, but have now lost three straight matches in the CPL, scoring just once.

Aside from Valour, the other great disruptor to the Canadian Premier League hierarchy this season is Pacific’s opponent on Sunday, Atlético Ottawa. With five matches remaining in their season, the last place team in 2021 still sits at the top of the league table. They are currently on a run of four matches unbeaten and have not conceded in three straight, opening up a five-point gap on Pacific.

“They just dropped out of the playoffs, so I’m sure they are going to approach it like a big, big game, like a final,” said Atlético coach Carlos González of Sunday’s match. “So, the idea is to prepare the team mentally to approach these games in that way. That we have to equalize the intensity, we have to equalize in the concentration, we have to maintain the focus for the 95-96 minutes of the game. Because I feel that from now on the small details are going to be so important and are going to make the difference between staying in a playoff position or going down.”

Gonzalez had originally been suspended for this match after being shown a red card late in the side’s 0-0 draw with FC Edmonton last weekend. However, Atleti successfully appealed the suspension and Gonzalez will be on the sidelines on Sunday.

It has been either feast or famine for Ottawa offensively of late, as they have gone without a goal in three of their last five matches. The other two, however, saw them score three each against Cavalry and Halifax. Atleti will be looking to find more offensive consistency as the games increase in importance.

Meetings between the two sides have generally been quite tight this season, as Pacific has picked up a pair of 1-0 victories, while a late goal from Zach Verhoven saw Ottawa win 2-1 at home back on June 5.

Other than Manny Aparicio, who misses out through suspension, Merriman says Pacific has a full squad available for this match. Ottawa, meanwhile, is still missing Macdonald Niba and Malcolm Shaw for this match but otherwise, everyone else should be available.

Make your match picks prior to kickoff at canpl.ca/predictor for a chance to win prizes, including the grand prize of a trip to the 2022 CPL Final! To learn more about ComeOn!, click here.

One of the best second half performances by any team this season from @yorkutdfc . Could have won by more. Aparicio a massive miss for Pacific.

When he doesn’t: 12pts from 12 games. Completely different team. https://t.co/h3krdzBR1r

“We need to also be more creative in the final third and more decisive in the final third and I’m going to challenge our attacking players to be more decisive on the ball and look to get a goal and be creative, and create scoring chances. To be a little bit more direct in those spaces. We know Ottawa will be organized, we know they will be prepared, we know it is going to be a bit match for both teams and we expect that.” — Pacific FC head coach James Merriman

“We expect a tight game. A game in which we should control the emotions, I think that the emotions are going to be very important for these last five games. So a game in which we want to improve the small details that we can improve from the last time that we played here” — Atlético Ottawa head coach Carlos González