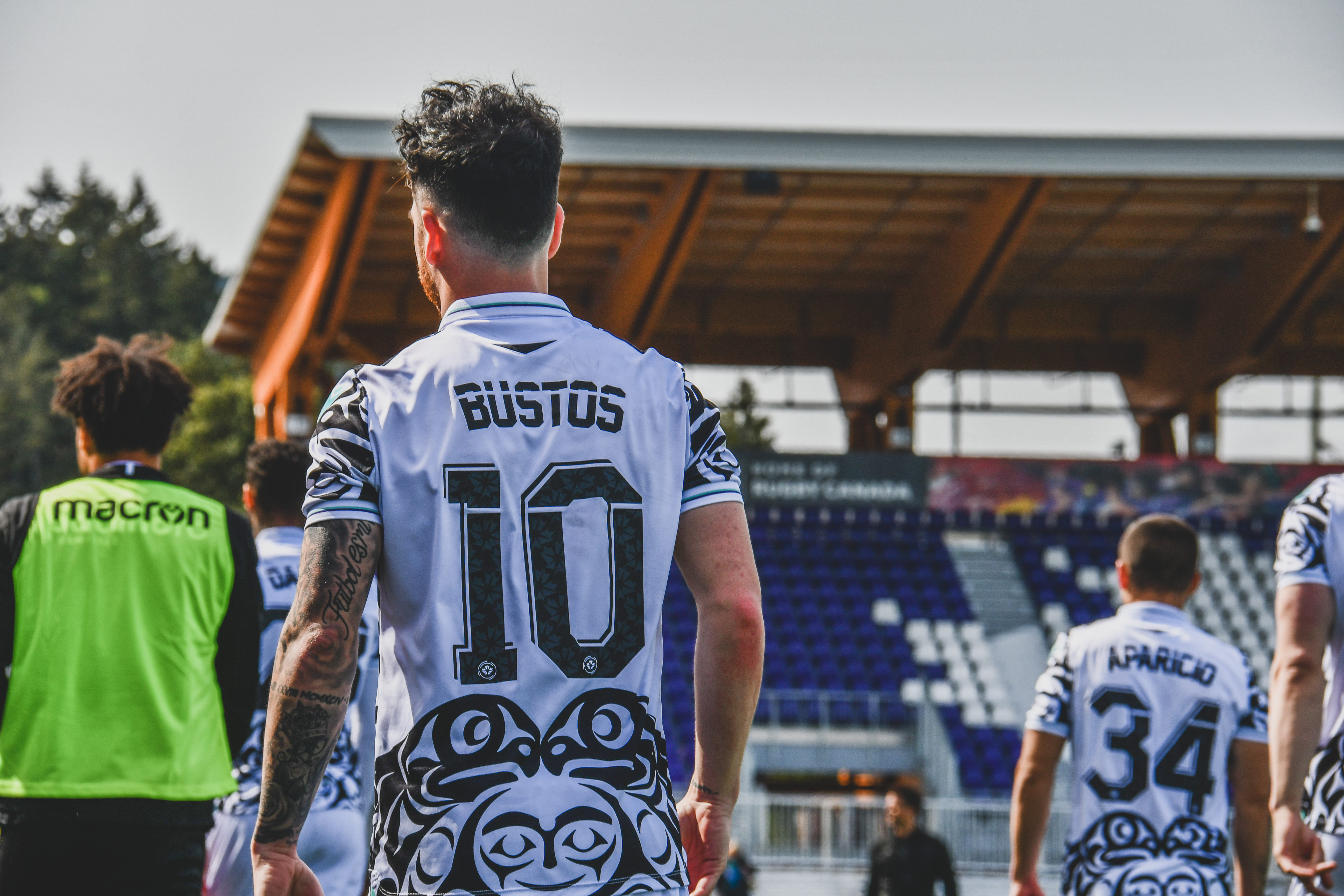 “Bustos is a great example of the CPL pathway,” says Pacific FC head coach James Merriman. “His career has not been linear. There have been many challenges, highs and lows, but his professionalism and drive has been consistently growing.”

Bustos arrived on the Island ahead of the 2020 CPL season as one of the first high profile inter-league moves. The 26-year-old would go on to make 63 appearances over three season for Pacific and firmly establish himself as one of the league’s top attacking talents. In the purple of Pacific FC, Bustos scored 15 goals and laid on 17 assists in all competitions. Across both his stints with Valour FC and Pacific, Bustos scored 21 goals and recorded 18 assists in CPL action. His 21 goals see him sit fifth in the all-time top goalscorer list and second on the all-time assist list.

In 2020, Bustos’ first season on the Island, the winger helped push Pacific to a higher level as the club made the playoffs for the first time. His attacking contributions also saw him earn a nomination for the Canadian Premier League’s Player of the Year award. Bustos finished the year with five goals and three assists in 10 appearances during The Island Games. He also scored a memorable goal against FC Edmonton that saw Pacific move on to the second round.

Bustos continued his upward trajectory in 2021, but another Player of the Year calibre season was this time interrupted by an untimely injury. Despite the injury struggles, Bustos still produced another excellent attacking year and was listed as the third best player in the league in the CPL’s end of season Top 50 list. In 2021, Bustos finished with seven goals and seven assists in 17 CPL appearances, and although he was unable to play a part in the playoffs, Pacific FC would not have won the Canadian Premier League title or reached the overall level the club did without Bustos’ leadership, on-field magic and uncompromising drive.

After that injury-hit, but still top-class campaign in 2021, Bustos bounced back in 2022.Pacific’s no. 10 made 35 appearances in all competitions as the club entered the CONCACAF League for the first time. Bustos started the season in blistering form and was named the CPL Player of the Month for April. He set a league record that month when he laid on three assist in a single match – against his old club Valour – becoming the first player in CPL history to do so. In all competitions, Bustos finished the year with three goals and seven assists.

“I believe Marco has progressed every season since coming to our team, he has developed on and off the field to become a complete player,” says Merriman. “He’s been an important player in our success as a Club and we wish him the very best in his career.”

“Pacific FC is proving to be a club that focuses on player development and providing a platform for our players to progress.”

Pacific FC thanks Marco for his positive contributions on and off the pitch during his time with the club and wishes him the best of luck in the future.