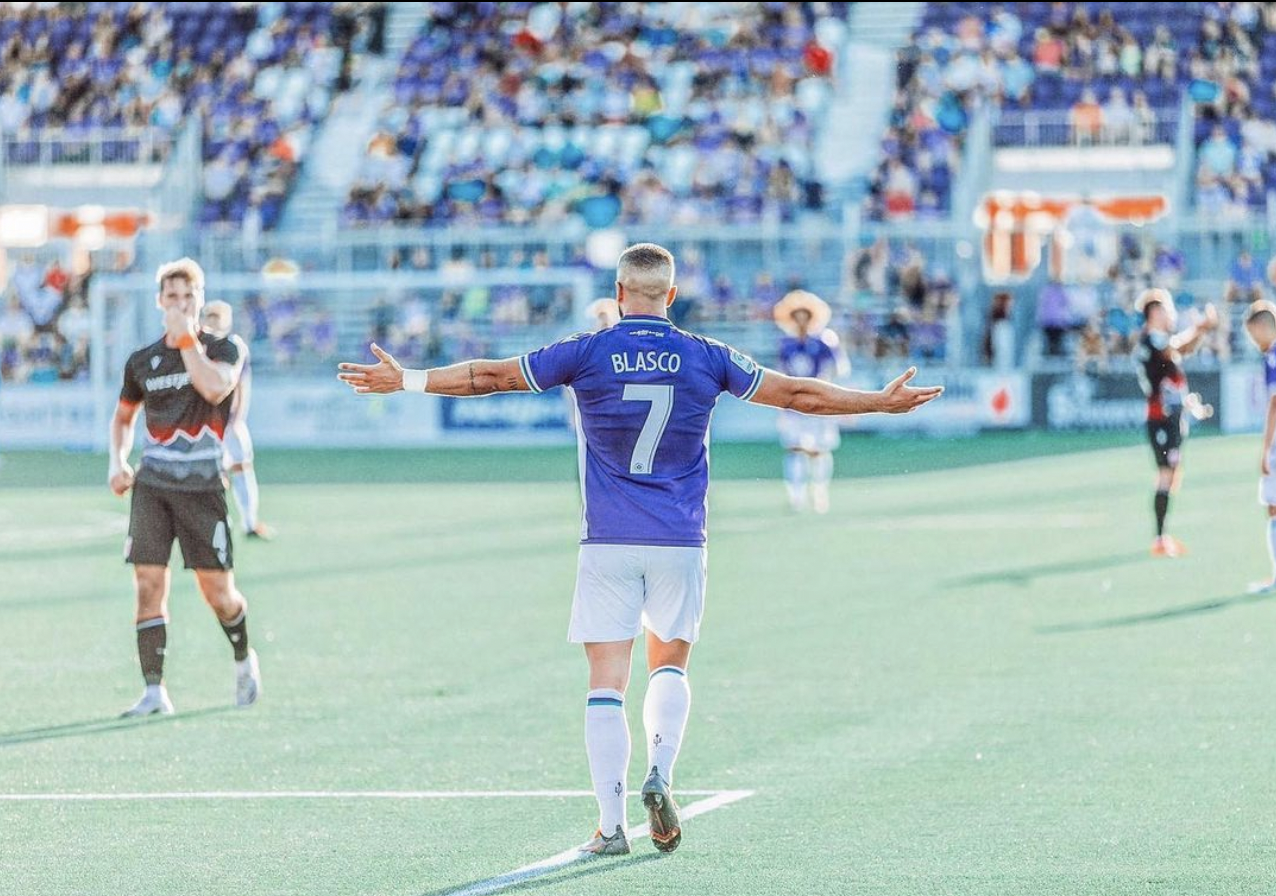 “As a club, from day one we’ve enjoyed his presence in the team and also in the community. The door will always be open for him, this is his club, but there comes a time in life where after a period of time somewhere you need new challenges to further yourself.”

A Pacific player since the inaugural season, Blasco made 48 appearances and had nine goals and six assists during his time with the club. Blasco stands fifth in most career appearances and fourth in career goals for Pacific FC.

Blasco will be remembered as a fan-favourite for his technique, dribbling ability and penchant for long-range goals. He also leaves the Island as a title winner.

“After so many years here he is leaving the club as a champion,” said Kah, “this is always the best possible way you can leave a club after spending a very long time there.”

“We wish him nothing but the best, and just know that this is his home, the Island is his home.”