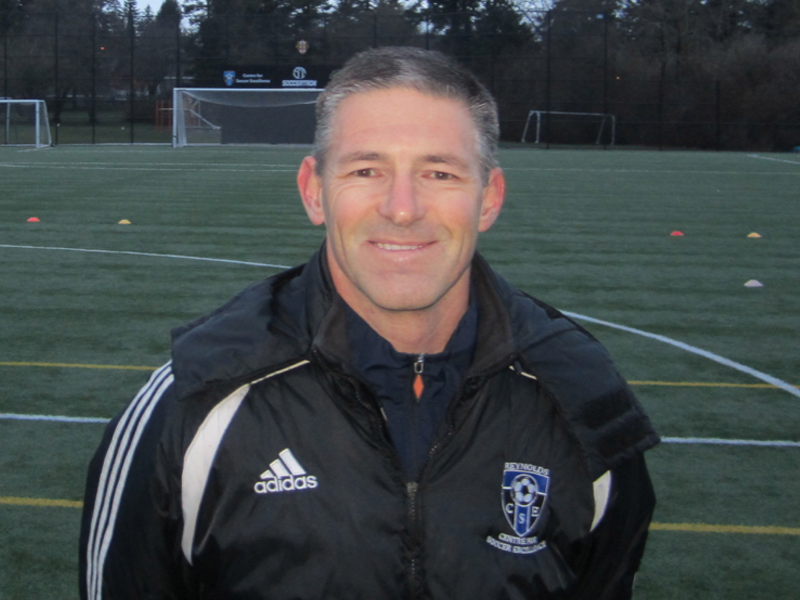 The Pacific FC organization is deeply saddened by the sudden passing of a local soccer legend, Dave Ravenhill. He was a dedicated family man, a brilliant player of the game and an inspirational coach who touched so many throughout the community.

“Dave Ravenhill’s passing is a huge loss, particularly to the teaching and soccer community,” said Frank Woods, PFC Club Liaison and family friend. “David was the consummate professional in the classroom and on and off the pitch. He was a mentor to so many students, players and coaches.”

As a teacher for more than 30 years at Reynolds High School, Ravenhill played a key role in the creation of The Centre for Soccer Excellence (CSE) – the soccer academy program based at Reynolds. Through this program he helped develop thousands of young players who attended the Saanich-based secondary school.

In the early 2000s, Ravenhill lead Gorge FC on a provincial and national run and was named the most valuable players in 2005. Three years later, Ravenhill led the UVic Alumni over 35s to the BC champions. He captained the alumni team for all of the team’s 14 years scoring many goals throughout the years.

“His fitness and competitive level was legendary as displayed in the Canadian soccer league and VISL,” explained Woods. “He will be forever missed and never replaced.”

Married to Karen for over 30 years and father to Andrew and Adam, ‘Raves’ was an integral piece of the soccer community on Vancouver Island and he will be greatly missed. We send our deepest condolences to the Ravenhill family during this time.