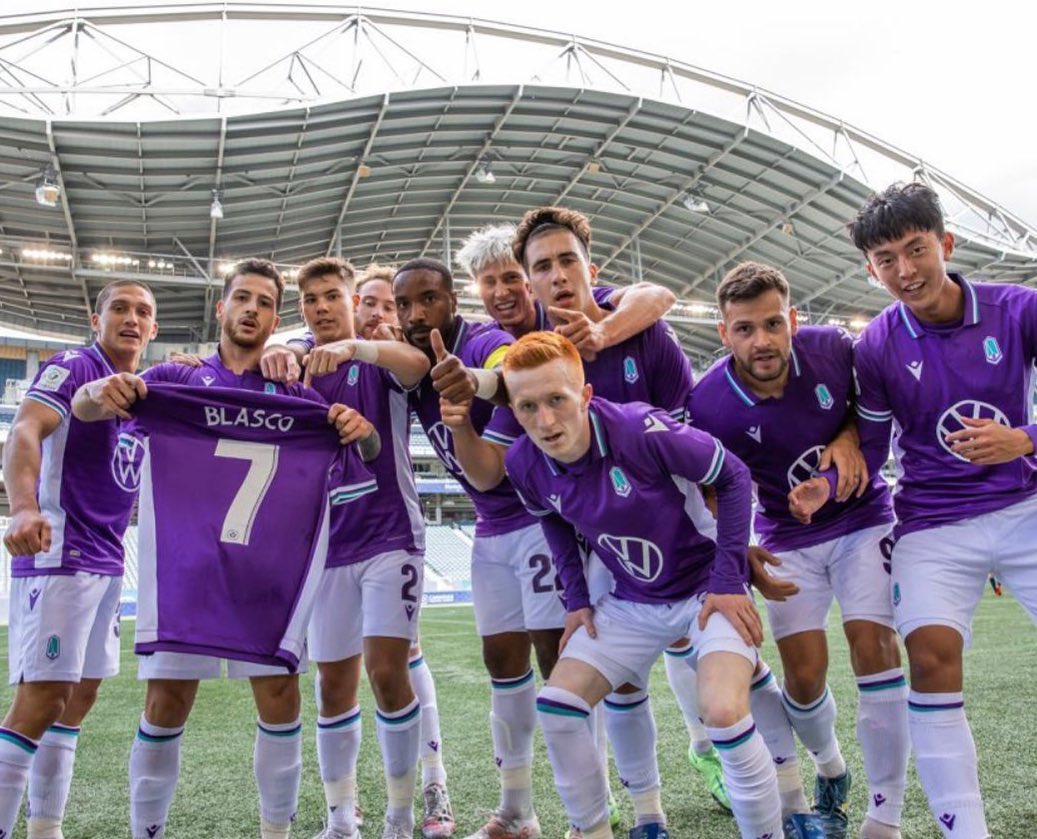 After nine months, and a 10-minute weather delay, Pacific FC opened their 2021
Canadian Premier League season against HFX Wanderers in Winnipeg on Saturday.

Both teams spent the first 15 minutes of the match feeling each other out before Marco
Bustos sprang to life to score the first goal of the match.

The build up to the goal should have Pacific fans excited as some slick interplay
culminated in a back-heeled assist from Alejandro Diaz that Bustos took into his path
beautifully before sweeping the ball into the far corner with his left foot.

After the goal Pacific held firm as HFX fashioned a couple scoring opportunities.

Once before the stoppage when in the 23rd minute Lukas Macnaughton’s quick thinking
allowed him to get a foot in before Corey Bent was able to get on the end of a loose ball
in the box, and another immediately following the resumption of play in the 34th minute
when Callum Irving was called into action and made an important save from a Stefan
Karajovanovic header.

It was then Ollie Bassett’s turn to announce himself to Pacific FC fan’s and the league
as a whole in the 37th minute.

A loose ball fell to Bassett outside the box and his first touch set the ball up perfectly for
a volleyed finish into the bottom corner past a driving Christian Oxner in the Wanderer’s
goal.

Easily the best goal of the opening day of The Kickoff in Winnipeg and an early
contender for goal of the season.

From there Pacific limited Halifax to just one dangerous chance when in the 67th minute
Wanderer’s forward Karajovanovic got past MacNaughton but couldn’t get the better of
Irving as the Pacific goalkeeper made a sprawling save to preserve the clean sheet.

Whereas the first half was all about some moments of brilliance in attack for Pacific, the
team’s togetherness and solidity was on display for most of the second half.

If this match is a sign of things to come Pacific supporters should be very excited about
the potential this team has to break the monopoly Forge holds on CPL Championships.

In addition, Pacific FC fans were treated to their first viewing of Bassett, Manny
Aparicio, and Chris Lee after Pa-Modou Kah named all three in the starting XI.