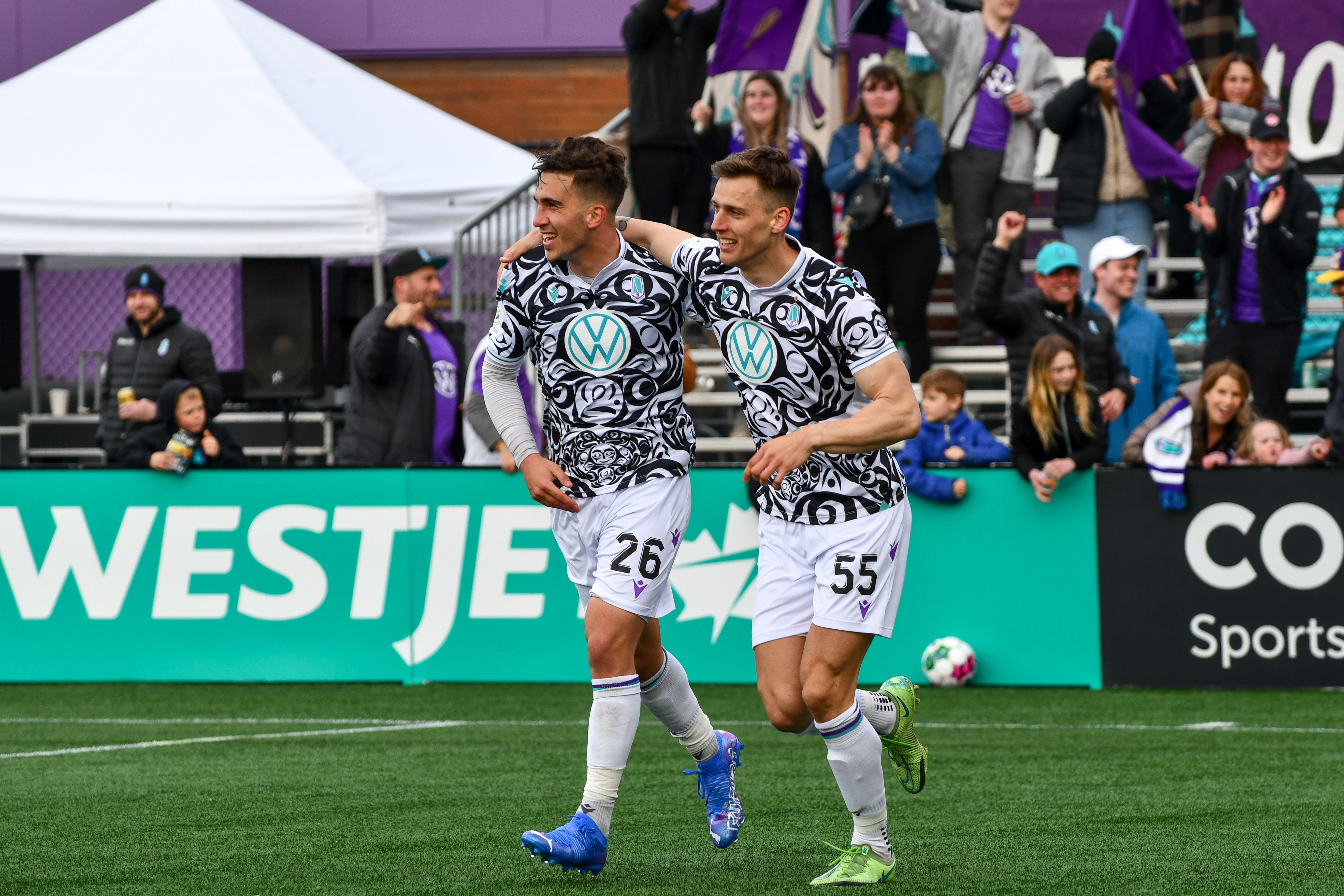 Amer Didic and Thomas Meilleur-Giguère will be returning to Pacific FC for the 2023 Canadian Premier League season.

“Thomas and Amer formed an excellent partnership towards the end of the season and put in some very strong performances together,” says Pacific FC head coach James Merriman.

Didic, in his first season on the Island, played in 33 games in all competitions and scored four goals. The 27-year-old led the Canadian Premier League in aerial duels won and clearances last season, and was a part of the starting XI for all 12 of Pacific’s clean sheets in 2022.The six-foot-four centre-back is equally dangerous in attacking positions, highlighted by scoring a brace against York United FC in the Canadian Championship to take the match to penalties.

“Didic grew into the season adjusting to our way of playing. He’s proven to be a top defender in this league and incredibly motivated for more next season. We believe in his potential and his best football is in front of him.”

His centre-back partner, Meilleur-Giguère, enjoyed a bounce back year after being hit with injury problems last season. TMG, as he is known to fans and teammates, has made 56 appearances during his three years with Pacific, 34 of which came during the 2022 campaign. Like Didic, Meilleur-Giguère was a part of all 12 of Pacific’s clean sheets last season, and scored a memorable goal – his first with the Tridents – against Atlético Ottawa in the CPL Playoff semi-final second leg.

“TMG is a warrior on the field and very important for our team. He puts his body on the line and is a true defender. He continues to develop as a central defender and leader in our group.”

Didic and Meilleur-Giguère join three other players in being announced as returning to Pacific FC ahead of the 2023 season. More roster news will be announced in the coming weeks, including more additional returning players and new signings.