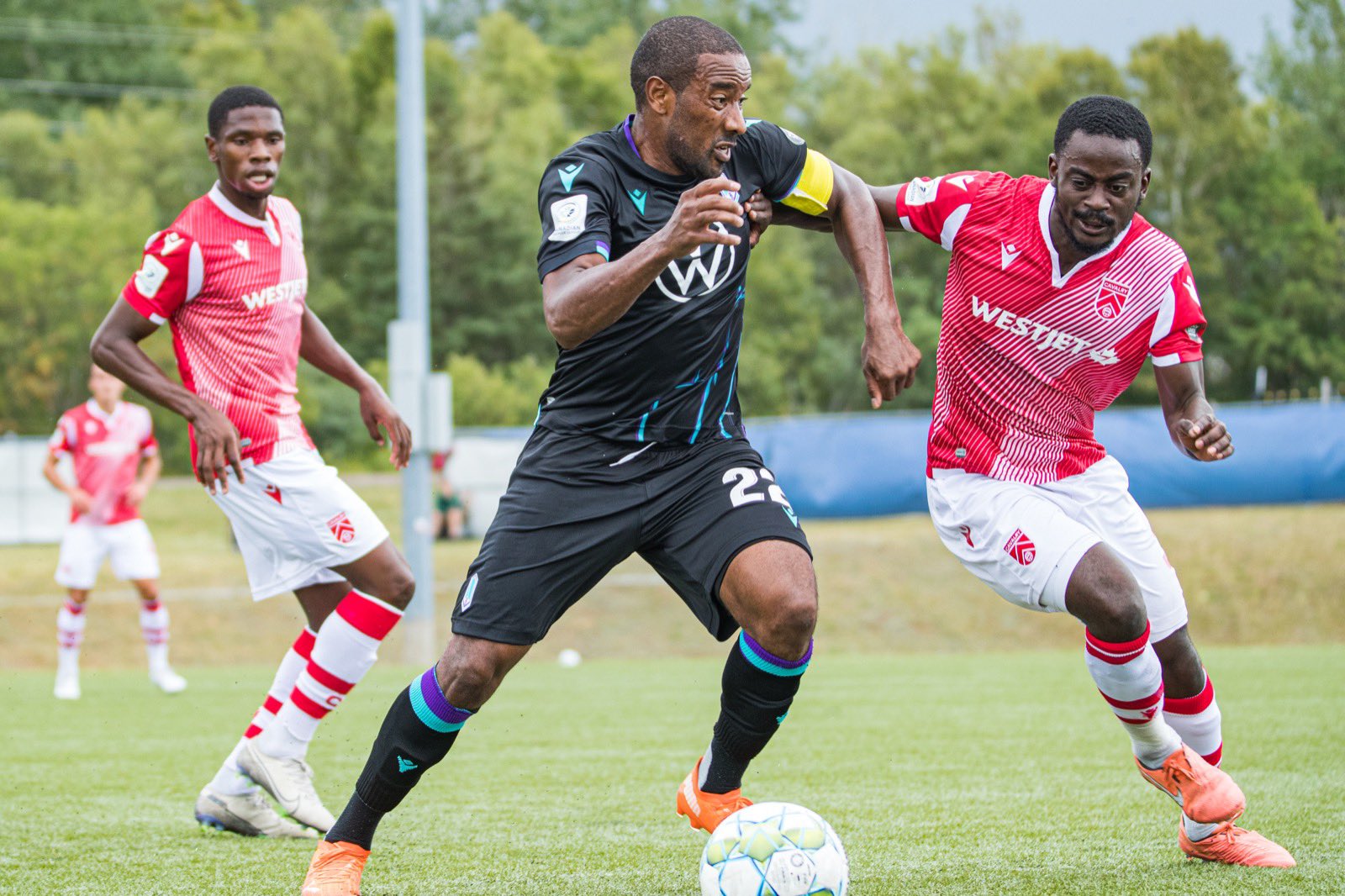 It wasn’t exactly the Canadian Championship, but Pacific FC had a taste of MLS opposition last week.

After a long off-season, the Tridents finally returned to the pitch for a joint training session with the Vancouver Whitecaps at the University of British Columbia, which saw the two sides attempt to shake off some cobwebs together.

“It was good, it was great to test our players out to see where we’re at,” Pacific midfielder Jamar Dixon told CanPL.ca this week. “Obviously we haven’t played an official match in five months, so you can do all the fitness you want but when it comes to playing, your mind has to be the same in sequence with your feet. I think sometimes, including myself, you have to find that balance a little bit. But in all, I think there were still some positive things we can take away.”

In the friendly match, Pacific ended up on the wrong side of a 2-0 result — although Dixon maintains that his side was in it to the end.

“We had actually a few great chances, to be honest, it could’ve been a closer game, but they were just a little sharper than us,” he said. “They’ve been training a month and a half longer than us, so it’s expected. But regardless, hopefully we see them again when everyone is ready to go from both sides, and we’ll be ready for a nice little battle then.”

So, Pacific’s pre-season has begun, with the club now focused on taking another step forward after the immense progress made in the 2020 CPL season. After an up-and-down inaugural year in 2019, the side gained a new lease on life at The Island Games under coach Pa-Modou Kah (with some help from new faces such as Marco Bustos, Thomas Meilleur-Giguère, and Dixon himself). They qualified for the top four, and made a strong bid for a spot in the final before bowing out.

This time, the squad — which has brought back almost everyone from the 2020 roster — is looking to take yet another step forward, in order to contend with the likes of two-time champions Forge FC. To Dixon, there’s definitely enough talent at Pacific to make that happen.

This year’s Pacific squad doesn’t have quite as many new blood as it did in 2020, with Kah and the rest of the coaching staff quite happy with the group already. Still, it’s not exactly an identical team. A couple day-one players — Noah Verhoeven and Zach Verhoven — have moved on, with Marcel de Jong retiring as well.

New in the mix are the likes of Duran Lee, Kunle Dada-Luke, and Matteo Polisi, as well as Pacific’s biggest free agent signing for this past off-season in former York United captain Manny Aparicio. The latter name, in particular, is one that excites Dixon, who will be key to the Pacific midfield alongside Aparicio.

Dixon has liked what he’s seen so far from the former York playmaker.

“Adding Manny is a great asset for us,” Dixon said. “Not even just his playing ability, but his character is fantastic; he’s a very good person on and off the field, but when it comes time to play he can be mean, and that’s what you want. It’s almost like the guys are used to him and he’s been here for a while already; we’re all pleased with Manny, and we welcomed him with open arms.”

On the midfield group as a whole, Dixon added: “We have Matteo (Polisi) who’s a good player as well, he’s one of the younger guys who’s been putting in a lot of work. Sean Young, (Alessandro Hojabrpour), (Matthew Baldisimo), all these guys are putting in so much work and pushing the midfield, and that’s kind of what you want on a daily basis. And I think now we have a lot more depth in each position to battle and help progress the future for the team.”

There’s certainly a long way to go before Pacific can be truly tested on the pitch — aside from their training friendly with the Whitecaps — but, at last, the work has begun for 2021.