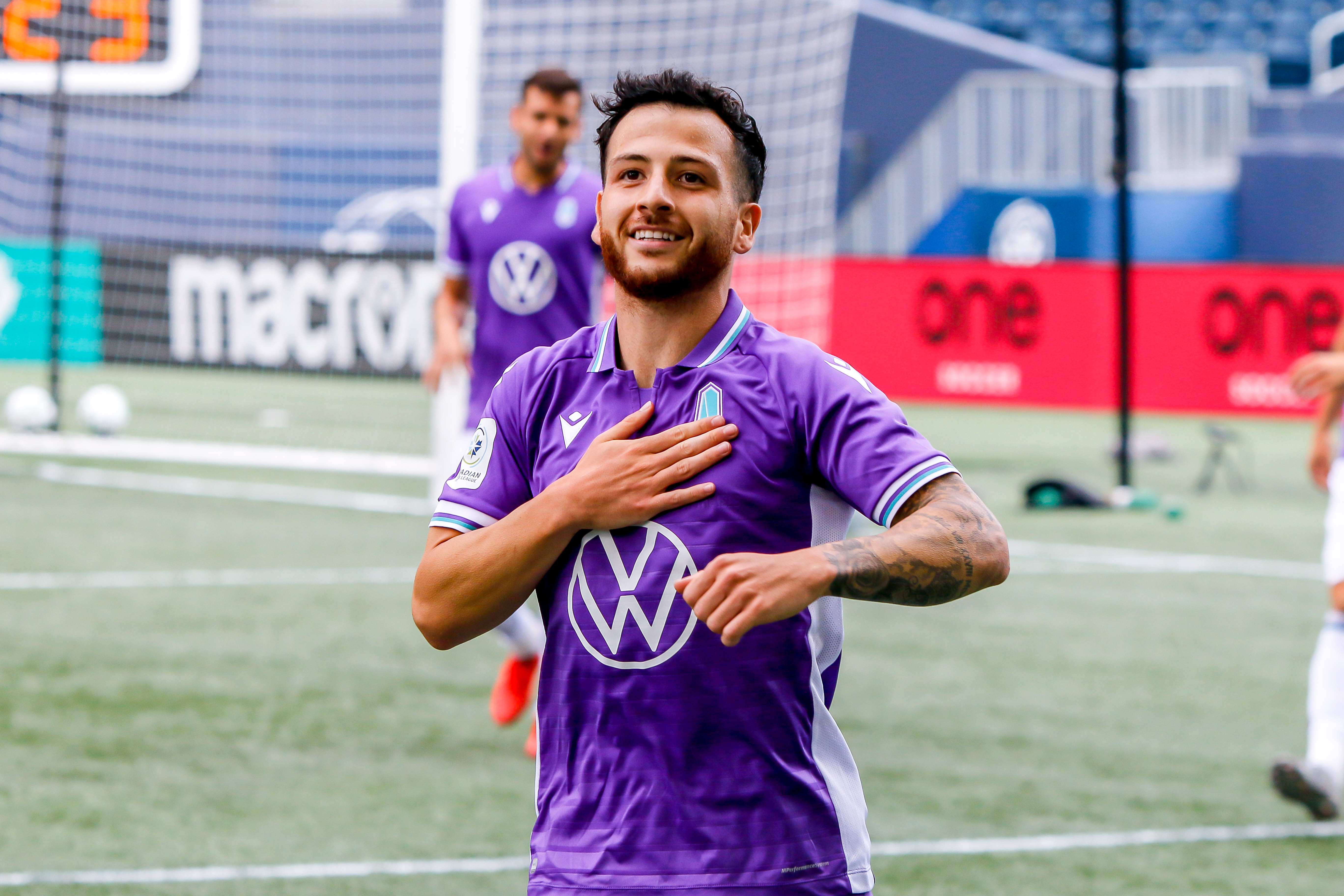 Pacific FC won their second match in a row with Captain-for-the-day Marco Bustos putting on a mesmerizing performance on Saturday.

Pacific’s first goal of the afternoon came early; in the 6th minute Ollie Bassett intercepted a pass out from the back that immediately put the York defenders on their heels. After playing the ball to Alejandro Diaz, Diaz gave it right back to Bassett who’s no-look, perfectly-weighted through ball to Matteo Polisi was finished first time on his left foot by the young midfielder for his first professional goal.

Only three minutes later Pacific got on the board again. This time getting to show off their clinical and dynamic attacking ability with Bustos at the heart of it.

In the 9th minute, Bustos’ tight control got him some space in the middle of the park before a quick one-two with Polisi set him free. A searching through ball put Bassett clear behind the York defenders. The Northern Irishman perfectly cut the ball back to Bustos for him to finish first time with his left foot from inside the box.

In the 15th minute Callum Irving was called on to make one of his few saves of the afternoon as Diyaeddine Abzi’s first-time strike from outside the box was heading for the top corner before the Pacific goalkeeper got a strong hand to it.

Pacific held York off for most of the first half and went into the break 2-0 up.

In the 50th minute York got as close as they’d come to scoring in this match. A looping free kick made its way to Chrisnovic N’sa in the box. The York defender hit the ball first-time on the volley and crashed it against the bottom of the post.

A Pacific FC counter attack in the 53rd minute gave the game its third and final goal. I won’t try to describe it, just watch this piece of Bustos magic.

You know he's going to cut in and do that to you. The problem is you just can't stop him. @marcobustos10 your parents are going to have to come to every single game from now on!#ForTheIsle | #PacificFC | #CanPL | #PACvYRK https://t.co/39hhZuGcde

Pacific’s #10 got close to completing his hat-trick in the 61st minute as he ran at the York defenders again in classic Bustos fashion but his left footed curling effort went just wide.

The Van Isle club had a couple more chances to add to their lead before the end of the match; Lukas Macnaughton’s volley from the top of the box was caught perfectly but was right at Niko Giantsopoulos in the York goal, and Diaz’s long range, deflected strike from outside the box made Giantsopoulos stretch but was also kept out.

After a relatively slow afternoon for Irving, the Pacific goalkeeper was called on to make a late save in the 88th minute and preserve the clean sheet. In the final action of the match, Terran Campbell almost joined the party and got his name on the scoresheet too but his one-on-one with Giantsopoulos was saved as the York goalkeeper came charging out to stop him.

Ultimately this match will be remembered for Marco Bustos. The second-year Pacific FC man made history by becoming the all-time CPL goals leader.

No defense is safe when Bustos is on the ball, but it wasn’t only him that made this a fantastic Pacific performance. Bassett grabbed a couple assists, Polisi scored his first professional goal, and Irving and the Pacific defence kept their second straight clean sheet.

A complete team performance topped off with an outstanding individual display from Bustos. What more can Pacific FC fans ask for?