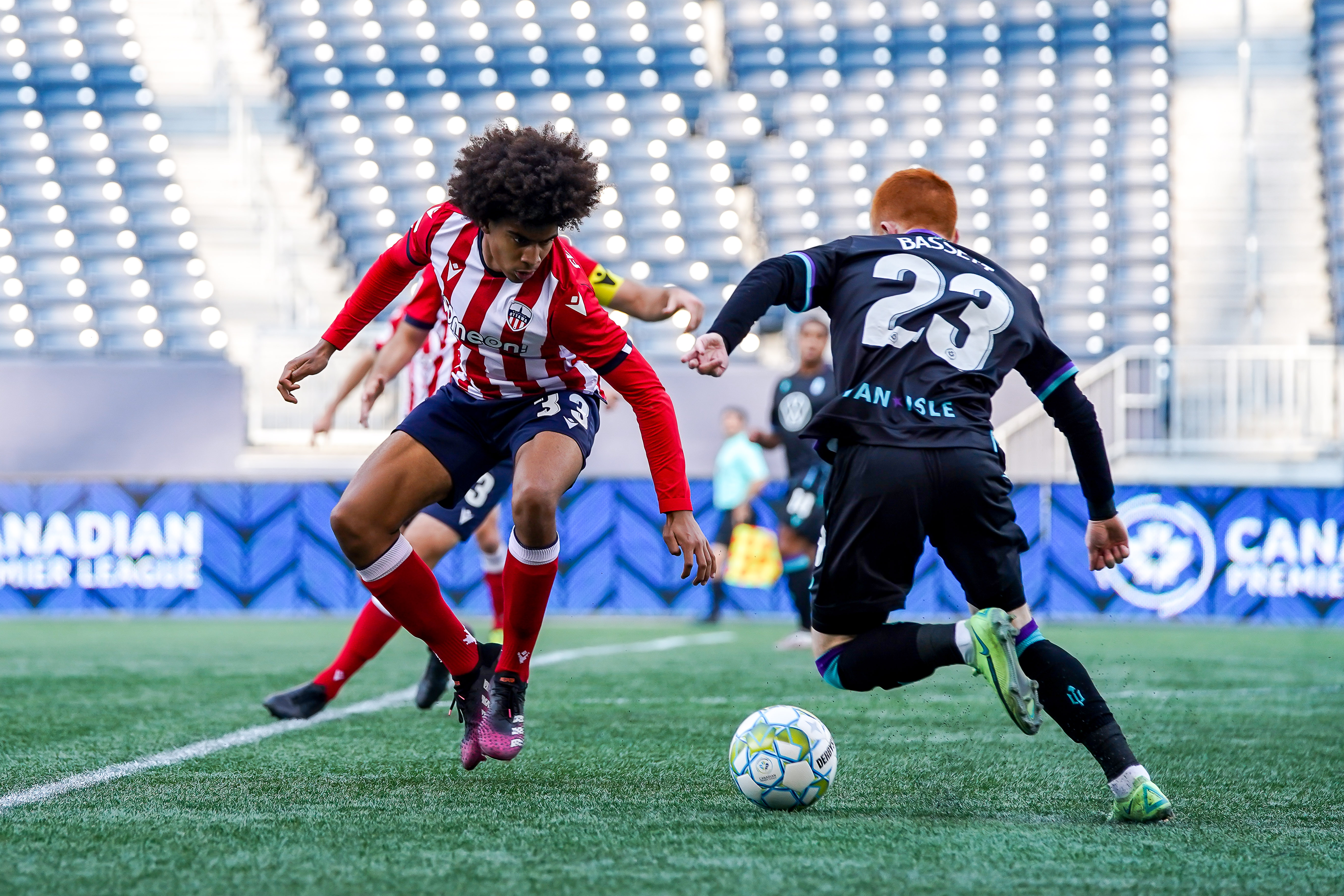 A difficult start to July for Pacific FC ended on Wednesday as the club won 1-0 over Atletico Ottawa. Pacific has now played four matches in the bubble, half of the total they’ll play at The Kickoff in Winnipeg.

Within the first five minutes of this match Pacific were putting pressure on the Ottawa goal; the beginning of a trend in this match.

In the 5th minute Kadin Chung’s dangerous cross from the right was almost redirected into his own net by Ottawa defender Milovan Kapor but goalkeeper Dylon Powley was able to keep it out.

In the 16th minute Pacific showed off their counter-attacking potential as a free-flowing move culminated in a chance for Ollie Bassett from the left but he was only able to find the side netting from a tight angle.

Pacific came out for the second half with even more energy than the first as they created two chances within the first five minutes after the interval.

In the 47th minute some strong pressing from Chung led to an interception for the right back. Chung quickly laid the ball to Marco Bustos and immediately Pacific were on the front foot again. Bustos got around one defender with ease before playing the ball to Bassett but his effort couldn’t find the target.

Four minutes later, after a Pacific corner was cleared by Ottawa, Jordan Haynes sent in a looping cross right onto Alejandro Diaz’s head on the edge of the six yard box but the Mexican’s header was handled by Powley.

Much like they have all season, and will no doubt continue to do, Chung and Bustos combined down the right in the 62nd minute to create a chance for Matteo Polisi – making his first ever professional start – but the midfielder put the ball just over the crossbar.

A minute later, Chung and Bustos combined again for Pacific’s first and only goal of the match.

After Chung found Bustos in some space on the right, Pacific’s #10 set off on a mazy run through Ottawa’s midfield before slipping the ball through to Josh Heard for a first-time finish.

This was Heard’s second goal of the season already as the winger is in great form to begin his second campaign with Pacific.

After the goal, Pacific held Ottawa at arm’s reach for the last half hour and were able to grab their second win of the season.